Any traveler looking for some sun, sand, and sea in the Philippines has heard of Boracay’s soft white sands and blue waters. The island is one of the main tourist hotspots in the country, with the Telegraph reporting a whopping 6.6 million visitors in 2017 alone. However, a viral video that circulated early in the year brought up concerns over the rapidly deteriorating ecology and overloaded infrastructure of Boracay, and led the President to announce its closure for 6 months beginning April 26, 2018.

With the famous island finally reopening on October 26, let’s take a look at what tourists can expect to find.

One of the top issues in Boracay before the closure centered on island infrastructure, which included the admittedly underdeveloped road networks and sewage system. The local government is starting on a better road network and drainage system that will hopefully make life on the island easier, but unfortunately construction is still underway! Tourists in the next few months should keep this in mind when going into town.

Though Boracay is known for its wide variety of resorts, restaurants, and bars, according to the Philippine Star only about a fifth of those establishments were found to comply with new regulations. Other businesses may still be working to meet the new standards in the coming months, so visitors should make sure that they book with hotels or resorts that have the proper DOT accreditation.

With ongoing road construction and new rules about beach safety, the typical travel routes in Boracay have definitely changed. Tourists are now only allowed to enter and exit the island through Cagban Port, where they can be picked up by their hotel’s shuttle service, and shuttles will have to take alternate routes. Don’t forget to contact your hotels ahead of time regarding pick-up at the port!

The local government will also be phasing out the old habal-habal or passenger motorcycles, and will be introducing new electronic tricycles. While the habal-habal add to the island vibe, they also contribute to pollution on the shoreline, and can be dangerous to ride. The electronic tricycles are safer and will follow a new route, which will clear out the beach for tourists to enjoy.

While there’s nothing more refreshing than getting straight on a banca after swimming at the beach, new safety and environment restrictions may also mean that boats will no longer be allowed near the shoreline. The sailing area for boats and other watercraft will be set 100 meters from the shore, and visitors who want to take boats out can do so from Cagban Port.

If there’s one area that’s been a success after the 6-month closure, it’s the state of the waters around Boracay. Tourists will be happy to learn that recent tests conducted by the DENR revealed that the water quality has improved by leaps and bounds. The coliform level is now at 18.1 MPN/100mL (safe standard is 100 MPN/100mL), meaning that the water is 100% safe for swimming and other activities!

Besides clearing out water traffic, the local government has also announced that drinking and smoking in White Beach will be strictly prohibited. This is to reduce the chances of waste like empty bottles and cigarette butts being left behind on the sand. While Boracay has built a bit of a reputation as a party island, these restrictions will allow the ecosystem to recover more quickly over the next years.

Visitors will rest easy to know that one of the primary concerns that led to the closure of the island, which was improper waste management and disposal, is now being addressed by the government. While drainage and waste management systems are currently under construction, local officials have also announced that garbage will be removed from the island on a daily schedule.

With only about 10 square kilometers of land area, to say that Boracay has struggled a bit under the influx of tourists over recent years is an understatement. In order to make sure that the island doesn’t suffocate under too many people, there will now be a daily tourist cap of around 6,500 people a day, and a general population cap of about 19,000 people a day.

Although 6 months may seem like an awfully long time to beach lovers, the rehabilitation of Boracay still isn’t over. The Boracay Inter-Agency Task Force, which is the team in charge of the island’s recovery, still has about a year and a half left to accomplish its goals. Expect a few more bumps as the local government and other units work to make sure Boracay gets back on its feet.

While a lot may have changed in Boracay over the last few months, all these different groups are working together to make sure that the island recovers well. The new regulations may take a bit of getting used to, but they’re all put into place to maintain what Boracay’s really known for: the white sand beaches, fresh sea breeze, and fun in the sun.

For more reading on the best places to go in the Philippines, check out our travel section on Daydreaming in Paradise. 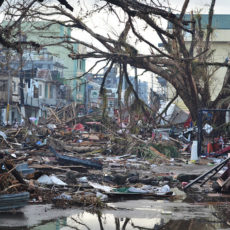 The 10 Worst Typhoons to Ever Hit the Philippines 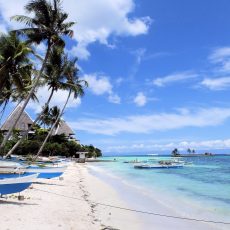 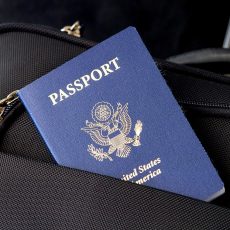