True Filipinas make magic with the resources that they have. Last 2018, the Philippines maintained its position as one of the most gender equal countries in Asia, climbing to 8th in the Global Gender Gap report by the World Economic Forum. Rappler states that literacy rates in women having gone up to 92% in the country, with Business Administration being the most common field of study.

Ingenuity is ingrained in Filipinas. So, here are 20 Filipina entrepreneurs who have paved the way for themselves both in the Philippines and across the world.

Being the daughter of Gawad Kalinga founder Tony Meloto did not keep Anna Meloto-Wilk from getting her own time in the spotlight. Born of her desire to see more eco-friendly and organic products in major supermarkets in the Philippines, Anna Meloto-Wilk founded social enterprise Human Heart Nature. This product line is founded on natural and locally-sourced ingredients, all the while providing a source of income for residents of Gawad Kalinga villages.

With her love for Italian flavors and culture, Margarita Forés is a trailblazer in her field. Named as Asia’s Best Female Chef and the brains behind famed Italian restaurant Cibo, she creates groundbreaking Italian cuisine that reflects her attention to detail. Just last year, the multi-awarded chef was declared Honorary Knight of the Order of the Star of Italy by Italian Ambassador Giorgio Guglielmino, proving that she has indeed changed the way Filipinos are able to experience authentic but innovative Italian cuisine.

Building upon what her mother, Dr. Vermen Verallo-Rowell, started, Laura Verallo de Bertotto developed VMV Hypoallergenics into the popular beauty brand it is today, expanding it into the global market. VMV Hypoallergenics is known for its inclusive and science-based skincare line, proving that the Filipina really does have what it takes.

Behind the branding and logos of the country’s biggest names is Studio O, Inc., founded by Olivia Repotente. With known clients being Valkyrie, the Brewery at the Palace, Draft, the RACKS group, and the Bistro Group’s Krazy Garlik, among others, Studio O is definitely one of the major design teams in the country.

After receiving her Master’s in Communication at New York University in 2012, Cecile Dominguez-Yujuico founded Evident, an integrated marketing and public relations firm that connects NGOs and changemakers with their campaigns. She has worked with plenty of clients from the NGO sector such as the World Health Organization, Investing in Women (AusAid), and the Philippine Business for Education, as well as major corporate clients such as Fitness First, Phoenix Fuels and Ayala Land Premier.

Opening a chic hang-out spot in Bonifacio High Street is Denise Cabotage, who started with the idea after looking for a more professional, laid-back atmosphere for a nightcap. The result is café-lounge hybrid 205, which with its full liquor cabinet, mirror-lined walls, brass detailing, and Art Deco accents, continues to be the place of choice when looking for a sophisticated spot to have drinks and a nice casual chat.

Introducing lavish grazing tables with a complete spread of either gourmet cured meats and cheeses, or pastries and other confections to the Metro is Aperitif by sisters Karla and Kim Zulueta. Having started in 2016, Aperitif’s concept is simple, but posh and elegant — the tables are carefully set-up to have that chic French je ne sais quoi in a meticulous style that might be the sisters’ signature, making Aperitif the brand name that it is now.

Behind the best jaw-dropping looks of the country’s top celebrities is Qurator Studios, the brainchild of award-winning stylist Pam Quinones. Since its conception, Qurator has grown into a full team of creative minds that Pam herself has mentored, turning the studio into the influential fashion dynamo it is today.

During a time when imported brand name cosmetics were all the rage in Manila, Rissa Mananquil-Trillo found herself with a vision. She wanted to start a local beauty brand that would be conceptualized entirely for Filipinas. With Rissa’s perseverance, Happy Skin Cosmetics was born, and eventually grew into the iconic brand it is today. Happy Skin is now known for releasing innovative and unique shades and formulas that suit the Filipina skintone, whether morena or mestiza.

On the rise as one of the wealthiest and most powerful names in the country is Helen Yuchengo-Dee who, in 2003, took over from her father Ambassador Alfonso T. Yuchengco as the new head of the Yuchengco Group of Companies. The business conglomorate boomed under her chairmanship, which notably expanded the group’s three flagship companies Malayan Insurance, House of Investments, and Rizal Commercial Banking Corp. (RCBC).

After an eye-opening immersion trip to the urban poor communities in Payatas, Quezon City, Reese Fernandez-Ruiz started building on her vision for a long-term solution to the struggles and hardships of poverty. She eventually founded Rags2Riches, Inc., which has now collaborated with plenty of famed Filipino designers, and is lauded by renowned publications around the world like Forbes Magazine.

Seeing the lack of priority for early childhood schooling in low-income families, Alex Eduque founded MovEd Inc., a non-profit organization that makes learning spaces and lesson plans for communities living in poverty. With carefully crafted curricula that ensures that the child is ready for the K12 environment come kindergarten, Alex Eduque believes that empowering not only the children but also the families with the importance of education makes their program’s vision sustainable.

With an advocacy to promote eating fruit and vegetables among children, Mabi David together with Greenpeace Philippinespublished a book with Adarna House titled Paano Kumain ng Kulay. The book has been noted to not only teach children colors and different types of fruit and vegetables, but also promotes the importance of healthy eating to picky children who might think otherwise in a fun, engaging way.

Seeing the hardships communities in Kalinga had to endure just to get kerosene for their lamps, engineer and environmental advocate Aisa Mijeno developed SALt (Sustainable Alternative Lighting), a lamp that runs purely on saltwater. After being given the spotlight at 2015’s APEC by none other than former US President Barack Obama himself, SALt has gone on to win several awards.

Early this year, Carmina Bayombong was awarded as the South Asia and Oceanian Laureate in the 2019 Cartier Women’s Initiative Awards. With an honest advocacy to provide assistance to those struggling in poverty, she founded InvestEd, a student loan service that was made with lower-income communities in mind. To make its success sustainable, Carmina Bayombong implemented a three-tier system that selects candidates, draws in investors, and ensures repayment, all the while empowering at-risk communties with the importance of education and the assistance that they need.

Awarded as one of RBC’s top Canadian Immigrants of 2019, Gelaine Santiago’s social enterprise Cambio & Co. produces ready-to-wear pieces designed and handcrafted by Filipino artisans. Today, Cambio & Co. has over 12 partner communities in the Philippines, and the company caters to customers worldwide.

With a passion for culture, holistic well-being, sustainability, and women empowerment, Jeannie Javelosa combined all of her advocacies into focused projects that have undeniably made impactful results in the country. She founded ECHOstore, an enterprise built on providing a space for local agricultural communities to market their products, and GREAT Women (Gender Responsive Economic Action for the Transformation of Women), which empowers women’s crafts and art and provides support for women producers of textile.

With a steadfast advocacy to uphold journalistic integrity even in times of repression, lauded veteran journalist and Rappler CEO Maria Ressa has been making waves both in the Philippines and abroad. Having been arrested and released on bail multiple times, Maria Ressa’s steadfast nature and willful spirit is what landed her on Time Magazine’s list of People of the Year in 2018.

Maria Francesca “Mica” Tan’s background is surely unconventional, which, one might say, is what made her into the millennial CEO that she is today. Already interested in purchase order financing at 17, she started the private equity firm MFT Group in 2014 with the help of older friends-turned-colleagues. After finishing high school, she chose to forego her acceptance into the Finance program of Fordham University to focus on growing her company, choosing real-world knowledge and application over a traditional university set-up. Today, MFT’s assets now stand at Php3.2 billion, with investments in various industries and the company’s businesses expanding overseas.

Manila traffic keeping you from being a trailblazer in your daily hustle-and-bustle? Check out Daydreaming in Paradise’s Definitive Guide to Manila Traffic. 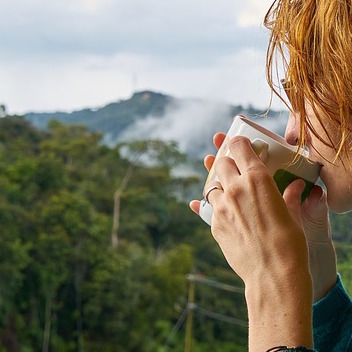 Everything You Need to Know About Poblacion, Makati