The world has crowned a new champion with a prize to the tune of USD 3 million, and it’s not in a field that you would expect. As discussed in a previous article on Daydreaming in Paradise, esports has become the new frontier in professional sports, and is a quickly-growing industry that pulls in billions of dollars of revenue and shells out millions more in prize money. The latest to walk home a millionaire is wunderkind Kyle Giersdorf, also known as Bugha, who brought home the Fortnite World Cup on July 28 2019. Here’s a brief round-up of what exactly that means, and who Kyle Giersdorf really is.

Few games have dominated the conversation in recent years like the worldwide phenomenon Fortnite has. The battle royale mobile game has drawn in millions of players over the past year, with cameo appearances in television shows, advertisements, and even 2019’s summer blockbuster film The Avengers: Endgame. It’s become such a phenomenon and so quickly that it’s spawned countless discussions and famous memes like the Fortnite dance since its release in 2017.

But what exactly is Fortnite? Fortnite, relased by Epic Games on July 25 2017, is a free-to-play mobile game with battle royale mechanics. In other words, 100 players fall from the sky into a massive battleground and work to eliminate each other until there’s only one player left standing. While the gameplay of Fortnite is fairly simple, being pit against dozens of other players at a single time means that there’s only one way to get better— practice. Players of Fortnite have logged in hundreds of hours of gameplay, all with the single goal of being crowned number one.

If the mechanics sound familiar to you, that’s because Fortnite isn’t the first of its kind. Battle royale games have been around about as long as internet gaming has, and Fortnite even has its own point of comparison with another massively popular game, PUBG. PUBG came onto the market sooner than Fortnite, and both games share several similarities, prompting a lot of discussion on the merits of Fortnite versus PUBG.

However, what made Fortnite so massively popular was its pure simplicity. Fortnite is colorful and fairly easier to learn, with only five gear slots instead of a full arsenal or backpack of weapons. This, combined with the fast gameplay, has allowed the game to shoot to the top of the online battle royale genre, and made it a favorite of casual gamers and more serious players alike.

Players can chat while playing, and also have a variety of resources and messageboards, including a huge Fortnite section on online messageboard Reddit. While also available for download on iOS and Android, Fortnite can also be played on the PC, PS4, and Xbox One. This widespread availability has also been a factor in making it so popular among players, and with esports looking to boom in the next few years, that popularity is sure to only grow.

A game with such massive fame means that the professional leagues aren’t far behind, and Fortnite’s inaugural competition was launched in April 2019. The pool of players initially started with a whopping 40 million, who competed over a period of ten weeks for the chance to make it to the finals at the Arthur Ashe Stadium in New York City, USA.

The competition was fierce, with over 30 nations being represented in the finals, including 70 from the USA, 14 from France, and 11 from the UK. While that may sound like a lot, the game itself has over 200 million registered players from around the globe. While Kyle “Bugha” Giersdorf took home the first place trophy, North American East player Psalm took second place with USD 1.8 million, followed by North American West player EpikWhale with USD 1.2 million.

Giersdorf started off with an aggressive game, and his first round win scored him nine eliminations and put him at the top of the leaderboards. Giersdorf’s prize is only USD 800,000 less than what the winner of the US Open will take home in about five weeks’ time, making Fortnite’s prize pool the current largest of any esports in history.

He made history bringing home one of the largest single prizes of esports and cementing the esports industry as a player in the professional sports leagues, but who exactly is Kyle “Bugha” Giersdorf? The 16-year-old is a history maker in every sense of the word, and his career is just getting started.

Kyle Giersdorf was born on December 30th 2002, and like many of his fellow Fortnite players is young at his current age of 16. While not much is known about him, he currently plays for the Sentinels. Many of the Fortnite players who competed at the World Cup play for large esports organizations, including the FaZe Clan, TSM, and many more. While the Sentinels isn’t necessarily a household name, Giersdorf’s victory looks like it will do more than enough to launch his organization into the big leagues.

Giersdorf started gaining popularity when he began streaming his Fortnite games on the livestreaming service Twitch, where he quickly amassed a large fanbase. While not the top streamer for the game, Giersdorf’s aggressive playstyle was enough to cement his place in history as the youngest and first ever winner of the Fortnite World Cup, so his Twitch channel is sure to experience a boom in popularity.

He plays for the North American East, and according to his Twitter profile is originally from Pennsylvania in the United States. He currently has a little under 200,000 Twitter followers, another number that will be sure to boom after the world championships.

Giersdorf is known for his aggressive and dominant play, which came to the fore during the first round of the world championships. Although he bowed out early in the second round, his strong performance in the first kept him high in the leaderboards, and his playstyle helped him cruise his way to what commentators called a “ridiculous victory lap” in the final rounds, clinching the championship and the crown as the world’s best Fortnite player.

For more on the latest in esports and tech, check out the Tech category on Daydreaming in Paradise. 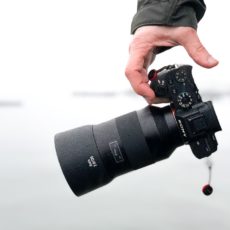 Picking the Right Mirrorless Camera for You 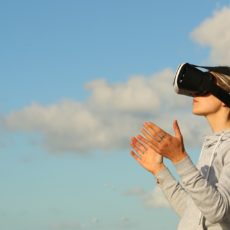 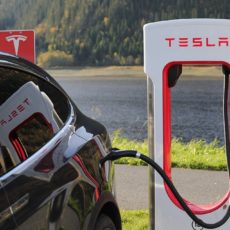 Spark It Up: Electric Vehicles in the Philippines