A new arena is on the rise in the Philippines, and it might not be the type you’d expect. With internet speeds in the Philippines set to become faster, consoles becoming cheaper and more widely available, and the popularity of online gaming on a boom, the country is set to tackle the next frontier: esports. But exactly how new is new? Esports might be rising in mainstream popularity right now, but the history of professional gaming in the country is long and storied. Here’s a brief primer on esports in the Philippines, and where the industry could be headed next.

While sports have been a part of human cultures across the globe for millennia, their newest iteration only burst onto the scene a couple of decades ago. Online gaming, now more popularly known as esports, first began with the advent of mainstream internet use in the early 1990s. According to Game Analytics, it wasn’t until the release of Quake, the first ever game with multiplayer maps and online servers, that online gaming as we now know it really came to be.

With the inclusion of the internet, suddenly games stopped being solitary affairs played out on a console or arcade machine. Players could now communicate with each other to form teams, or compete for the best scores and in-game rewards.

1997 saw Red Annihiliation, the first gaming competition held in the United States, pull in a little bit under 2000 players. Dennis Fong took home the rewards, and for the first time in American history, proved that playing games could not only be a competitive sport, but was also incredibly lucrative.

Modern day has seen millions of players from hundreds of countries compete in esports, but if there’s a giant of the industry then it has to be South Korea. The impact of gaming on South Korean culture cannot be overstated. In fact, in 2016, there were 25.3 million gamers in South Korea, more than half the population at the time.

South Koreans can thank the foresight of their government for their domination of the esports industry today. The country boasts some of the fastest internet speeds in the world, thanks to early investments in internet infrastructure in the 1990s. Now, gaming is so entrenched in South Korean culture that it’s even typical for couples out on dates go to internet cafés to play games together.

The gaming culture in Korea started so early and so powerfully that the South Korean government’s Ministry of Culture and Tourism and Ministry of Information and Communications, along with Microsoft and Samsung, helped sponsor the first World Cyber Games as early as 2000. The World Cyber Games (WCG) are now considered the Olympics of online gaming, and are held in different cities across the globe.

The government has also implemented a council and framework that seeks to enable them to work hand-in-hand with gamers. Legislation has also been laid down to ensure that the esports culture and industry has a foundation and is able to raise its competitiveness.

Advances in the gaming industry across the globe have been made possible in large part thanks to the South Korean example. With that sort of precedent— government and infrastructural support— it’s now easier for gamers in other countries to convince the public of the legitimacy of competitive gaming as a career.

The Net Café: Nest of Gamers

The rapid development in esports hasn’t missed the Philippines by any means. Despite infamously slow internet speeds and a lack of support from the government, competitive gaming in the country has been consistently strong over the past decade and a half. Favorites include MMORPG Ragnarok Online, Dota 2, and League of Legends, to name just a few.

While esports in the country is relatively young, competitive gaming isn’t. Just like the PC bangs in South Korea, the Philippines has its own stage for online competitive gaming— the internet café. Despite the widespread use of home internet service providers, internet cafés, many of them set up with ergonomic chairs, high-quality headphones, and other gaming paraphernalia, are still going strong throughout the Philippines.

These internet cafés, many placed near universities or other hubs of activity, are the battlefields where Filipino gamers duke it out with competitors based both here and abroad. While there are many net cafés that are still marketed towards the casual internet user, there are still more, like Ronald Robins’ Mineski internet cafés, that are geared specifically towards gamers.

The success of Mineski only underscores what many of competitive gaming’s supporters have been saying over the years: there is a market for competitive gaming in the Philippines, and it’s only growing larger. Filipinos have been competing in international esports competitions for years, and growing support only means bigger rewards.

Esports has been further legitimized by the Gaming and Amusements Board (GAB) of the Philippines, which under the Office of the President allowed gamers to secure athletic liceneses starting August 2017. This is one part in a wave of rising support for esports athletes in the Philippines, including the addition of five esports games in the SEA Games to be held in Manila.

Despite the infancy of esports in the country, the Philippines has seen moderate success on the international stage. In 2016 the Philippine team TNC Gaming took out European heavyweights OG, who were widely considered to be one of the top 5 European teams. This, along with the general enthusiasm Filipinos have shown when it comes to online gaming, proves that the country is fertile land for esports growth.

Prize pools for professional gaming are also on the rise, with the Philippine Pro Gaming League 2019 having prepped a Php 1.3 million pool— up from last year’s Php 800,000— and expanding the number of games from three to five. The tournament, organized by MET Events (formerly Mineski Events Team), is now gearing up for a second season later in the year, with the same prize pool and four games up for competition.

The country’s first and only franchise-based esports league, titled the Nationals, also kicked off its first season last March with five inaugural teams. The Nationals will not only host competitions among six teams, but has promised to provide training facilities and development support to players. Plans are already in motion for a second season, proving that esports in the Philippines is well on its way to the big leagues.

For more on the latest in technology and entertainment, check out the Tech category on Daydreaming in Paradise. 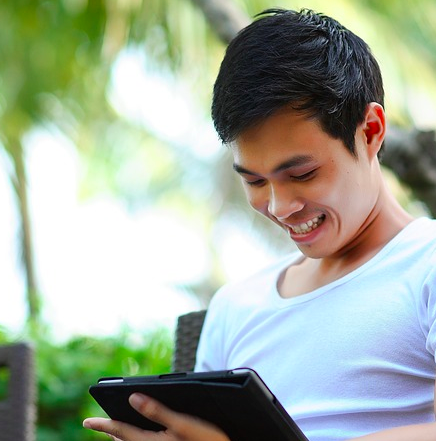 A Primer on Smart Home Technology

What to Expect at Mobile World Congress 2019