Mobile Suit Gundam Hathaway, now streaming on Netflix, is a three-part animated film adaptation of the Gundam: Hathaway’s Flash novel series. Set in Universal Century – the most developed timeline in the Gundam Universe, Hathaway opens the story in space slowly descending to Earth and eventually landing onto a futuristic Davao City, Philippines.

A good portion of the story – about 45 minutes long, unfolds in Davao. Filipino cultural references are beautifully depicted with a special cameo of the most famous Pinoy mascot – Jollibee. Gundam Hathaway provides a glimpse of an alternate, modern Davao where Mobile suits and Earth Federation Officers patrol the streets lined with electric cars and mobile suits. Key highlights are  listed below.

The first glimpse of Davao City, Philippines in Gundam Hathaway is a modern world-class airport only we can dream of – for now.

An overview of Davao City, Philippines from the grandiose infinite pool of the fictitious Tasaday Hotel shows a fully developed tropical paradise.

Davao has an actual Public Botanical Garden and may have served as the inspiration to the crucial meeting place of key characters in the animated film.

Filipinos’ favorite giant bee and world famous Chickenjoy has enjoyed airtime, and has proven that even in fiction it reigns supreme.

A fictional location central to the story is the Tasaday Hotel & Resort. The use of Tasaday is an ode to one of the Philippines’ indigenous people in Mindanao, where Davao is.

A burst of Hathaway’s Flash

Gundam Hathaway was originally set for theatrical release on July 23, 2020 but had been delayed due to the CoVid-19 pandemic. It was finally released on May 21, 2021 in theatres in Japan and China.  The rest of us has since been able to stream this latest Gundam release through Netflix  from July 1, 2021 in select territories.

A number of reviews from loyal Gundam enthusiasts, occasional followers, and critics have been released with an above average rating. While the ratings are mostly great, because of its compelling visual translation of the novel accompanied by unique animation techniques, the conclusion is the same across the spectrum of reviewers. The majority lament that Gundam Hathaway provides little effort to allow newcomers to the mecha franchise to experience the titular Mobile Suite in full action.

The actual Mobile Suite fight scenes lasted only a few minutes and was shot against a dark night setting making it quite difficult to admire the glorious details and elaborate weaponry of the chunky Gundam RX-104FF Penelope and  RX-105 Ξ (Xi) Gundam.

Gundam Hathaway makes up for the lack of full-on Gundam vs Gundam battle scenes by setting the stage for the next two releases coupled with its rich landscape imagery and mech illustration. A combination of hand drawn animation and 3DCG have been employed making it among the most realistic – if not the most, Gundam animation so far.

Gundam Hathaway feels eerily relevant to this day despite it being written by Gundam creator Yoshiyuki Tomino during the 80s. Like most Gundam series, it tackles political issues, economic inequality, and global resources, among others.

Netflix has acquired streaming rights to a number of notable Gundam series to binge and give more context to the complex Gundam Universe.

All photos have been taken via mobile phone over a tablet streaming Gundam Hathaway on Netflix. All trademarks and copyrights remain solely with Netflix and the Gundam Sunrise-Bandai franchise. 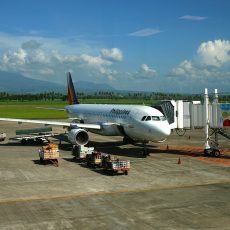 How COVID-19 Is Affecting the Tourism Industry in the Philippines 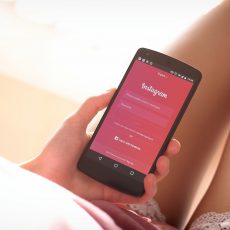 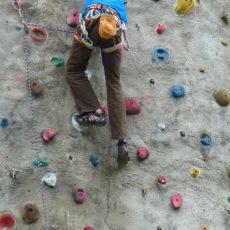 Rock On: 5 Places to Get Your Wall-Climbing Fix in Metro Manila