Traveling is an opportunity to visit areas that are off the beaten path. With access to different areas in the world steadily growing thanks to improvements in transport and tourism, more people have the opportunity now to explore hidden gems. More than just seeing the sights or checking out the most Instagrammable spots, travelers should use the experience to enrich themselves and learn more about a place’s history and culture.

Previously on the blog, we’ve talked about ’10 Famous Mountains in the Philippines‘. Today, let’s dive into one of the richest cultures in Indonesia, Tana Toraja.

Tana Toraja is one of Indonesia’s best kept attractions— it’s home to the distinct ethnic group of the Torajans who live in South Sulawesi’s highlands. While modern technology and society has made inroads into their culture, for the most part they are able to practice their culture and live autonomously in their villages.

Their indigenous religious beliefs are called Aluk Todolo, or the way of the ancestors, and despite the fact that majority of Torajans now identify as Christian they continue to follow the beliefs of Aluk. Torajan religion is considered as a sect of Hinduism, and as such they continue to practice what they call the Rambo Solo— funeral ceremonies that have come to be one of the most defining aspects of their culture.

According to the National Geographic, the Torajans have a very specific and rich relationship with the concept of death. They believe that all living moments lead up to one’s death, and they consider the deceased as merely “sick”, and only bury them seasonally. They preserve the bodies of loved ones who have passed on and treat them as one would a living relative— feeding them, clothing them, and speaking to them. This unique understanding of death and living has made their culture the subject of much interest and study over the years.

The Torajan cave burial system is one of the most complex in the world, and is truly a sight to see. Ke’Te Kesu’ is another Torajan village that visitors definitely need to see, as it’s counted as a UNESCO World Heritage Site. Lonely Planet writes that Ke’Te Kesu’ is home to several tongkonan, or traditional Torajan houses, and has cave graves or old hanging graves, many of which are reportedly over 500 years old. The area can get busy with tour groups, so make sure to pick a time that’s not too crowded so you’ll have the chance to stroll around and observe the culture.

As a sign of respect to the Torajans who still adhere to ancient beliefs, rituals, traditions, and the like, it’s best to come prepared by only packing the essentials. After all, you’ll be doing a lot of sightseeing and exploring, and you won’t have the time or space to drag around heavy suitcases full of extra clothes and nonessentials. Travelers who are planning to take a trip to the region might want to check out our post on ‘5 Packing Hacks for the Traveler on a Budget, which include using packing cubes and going for travel-size toiletries.

All in all, travelers to Tana Toraja can expect to have a unique, life-changing experience when they visit the area. The locals’ relationship with death has prompted much thought-provoking discussion and writing, and looking at the famous, stately tongkonan is definitely an awe-inspiring sight. There’s definitely more to Indonesia than the usual touristy fare in Bali and Jakarta, so don’t miss the opportunity to explore this rich culture. 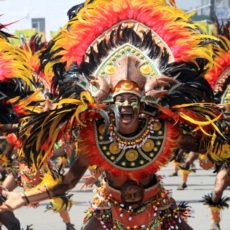 Common Misconceptions About Travelling in the Philippines 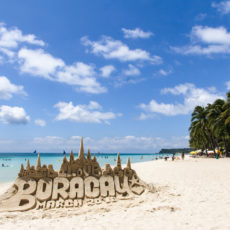 10 Changes We Should Expect When Boracay Reopens on October 26, 2018