Film brings together emotion, art, entertainment, and the universal human condition. In addition, advents in filmmaking technology, movies are bigger than ever, and there’s nowhere better to celebrate the magic of moviemaking than during awards season. While every film award is of course a huge honor, if you ask your everyman on the street what the biggest one is, they’d definitely say the Oscars.

The Academy Awards, also known as the Oscars, is one of the biggest if not the biggest yearly event in the film industry. Awarded by the Academy of Motion Picture Arts and Sciences, this year the Oscars are 91. With some of the biggest changes to the formula this year— no host, Netflix movies, and more presenters than ever— let’s see what the 2019 Oscars have in store for us.

Hosting the Oscars could be the biggest gig in an entertainer’s life— or the worst. Unfortunately, the jury is out on this one, folks. While hosting a huge awards event that’s broadcast all over the globe and watched by millions of people might seem like the greatest thing to ever happen to a resume, it’s a well-known fact that Oscars viewers aren’t exactly the greatest crowd.

Being the Oscars host is one of the most talked-about gigs in Hollywood, and also one of the most criticized. Just like you see in this Insider article, this particular job is under a lot of scrutiny. And with a stage as huge as that, sometimes all you can ask is to not fail.

But what sets this year apart? 2019 is the first Academy Awards show in over 30 years to not have a host, and the reason for that is well-documented. Comedian Kevin Hart announced on December 5 that he was to host this year’s Oscars, but by the next day had stepped down due to the resurfacing of some very incriminating and homophobic tweets. While his decision has stirred a lot of controversy, according to Business Insider insiders say that a host-less Oscars might not be such a bad thing. Whether that’s true or not remains to be seen, but keep your eyes peeled.

While there are bigger awards shows out there for music, it can’t be denied that the performances for Best Original Song are sometimes the highlight of the Oscars broadcast. While some might be needed just to break the monotony of speech after speech, there are some performances that are truly touching, [like Selma (2014)’s Glory performed by Lonnie Lynn and John Stephens].

While this part, like much of this year’s Oscars, was the subject of some controversy, viewers can still look forward to the performances. Rumors had it that some were cut from the show, but those were quickly disproved— however, apparently only 90 seconds from each song will be performed, so do with that what you will.

Esquire has a quick rundown of what performances we can expect to see during this year’s show, but viewers should look out for rock greats Queen (featuring new lead singer Adam Lambert) to put on a good show in honor of Bohemian Rhapsody (2018)’s nominations. Lady Gaga and Bradley Cooper will also take to the stage with the emotional ballad Shallow from their film A Star Is Born (2018).

This year’s Oscars are pretty groundbreaking in more ways than one. Although the lack of host isn’t exactly new, as the same thing happened in 1989’s broadcast, the 30-year gap makes it the most visibly host-less show in recent memory. But that isn’t the only thing the 2019 Oscars are bringing (or not bringing) to the table.

It’s tradition for presenters at the Oscars to come from within the film and movie industry, but this year the Academy will be broadening their horizons. According to a round-up by Good Morning America, it seems that no less than eight people outside of the industry will come in to talk about the importance of film. This includes tennis superstar Serena Williams, who will be talking about A Star Is Born. And although previous shows have included guests from outside Hollywood, this is the first year that will include so many.

Another big deal at the 2019 Academy Awards is the inclusion of Roma (2018), the black-and-white Alfonso Cuarón historical drama set in 1970s Mexico City. The film is nominated for a whopping 10 awards in total, including Best Picture, Best Director, and Best Actress for newcomer Yalitza Aparcio.

In addition to this, it could also make history as the first film produced by streaming service Netflix to ever win an Oscar. In an age where the industry is changing more and more, with Best Animated Feature nominee Spider-Man: Into the Spider-Verse (2018) pushing the envelope in animation for one, this could mean a big shift in the industry. Where big, traditional production companies used to take the stage, this year could mean a new frontier for movies distribution and production.

Only time will tell, but you can be sure it’s something to keep an eye on.

For more on what’s up and who’s who, check out the Lifestyle category on Daydreaming in Paradise.

If there’s one thing Jonah De Jesus loves, it’s food. He practically grew up in the kitchen, following his mom around as she put together delicious dishes (although he was sometimes more of a hindrance than a help). Although he eventually ended up taking a Bachelor of Arts in Communications, that love for all things gastronomical followed him well into his adulthood.

When he’s not watching reruns of Parts Unknown or trying to imitate Gordon Ramsay in the kitchen, Jonah spends most of his time scouring Manila for all the newest and best places to eat. 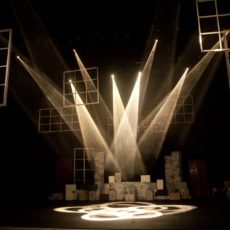 Diving In – A Look at Immersive Theater in the Philippines 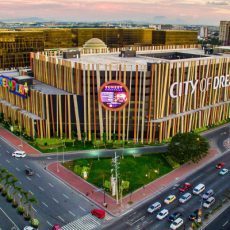 3 Fun Activities for Kids During the Pandemic