If you haven’t been living under a rock the past few months, you’d know that we’re only a few hours to the opening of one of the most anticipated movies of all time. Philippine comic book fans, geeks, and casual moviegoers all over the country are preparing to sit down to the final installment to the current story arc in the Marvel Cinematic Universe: The Avengers: Endgame. If you haven’t bought your premier ticket yet, are killing time until your showing, or really have been living under a rock, then take a look below at this brief backgrounder into the movie event of the season.

Struggle to the Top

The success of Marvel Comics, and subsequently Marvel Studios (a subsidiary of Walt Disney Studios) seems to be so normalized now that it’s hard to imagine a time that it wasn’t. Although we now live in an era where a Marvel Cinematic Universe film can top the box office for weeks straight, and comics and action figures fly off the shelves, the situation at Marvel wasn’t always this good.

According to this brief history by Den of Geek, Marvel struggled through some rough times a little less than thirty years ago. For a period of time, the company was close to bankruptcy. However, after some major changes, it bounced back in the late 90s and early 2000s, and soon began to work on what would have been impossible a few years before: its own films.

Marvel had previously sold the rights to its characters to other studios before, but would often only get a small fraction of the profits. By making its own films, Marvel could have the potential to pull in millions. After making a deal with firm Merrill Lynch, Marvel began to do just that. And that first film of this new era was Iron Man.

Iron Man (2008) became the first brick in what would eventually become an entire kingdom. It kicked off what is now known as the Marvel Cinematic Universe. Box Office Mojo reports that it made a whopping 585 million USD at the box office, a complete success for Marvel Studios. Suddenly, the ball was rolling.

The second film, The Incredible Hulk (2008), made only 263 million USD worldwide, but that wasn’t enough to shake Marvel off. Soon, with Iron Man 2 (2010), Thor (2011), Captain America (2011), it began to build towards a crossover of all their films so far: The Avengers (2012). The Avengers made a whopping 623 million USD at the box office, cementing Marvel Studios’ place as one of the most successful names in entertainment in recent years.

Producer Kevin Feige has said that The Avengers taught them that the audience was “unequivocally” with the studio. That gave Marvel Studios the freedom to piece together a long and complicated timeline over the span of 21 films, with Avengers: Endgame (2019) set to tie off all the arcs.

The hype built up in the months up to Endgame, following the critical and commercial success of its prequel Avengers: Infinity War (2018), have some fans and critics calling it “the most anticipated movie of all time.” Fortune magazine predicted that Endgame would be the biggest movie opening of all time, with fans buying advanced tickets to the film at unprecedented rates.

Savvy marketing techniques have also put the movie at the forefront of the pop culture scene in recent months. With 21 films, the Marvel Cinematic Universe has a huge cast studded with stars, and it makes sure to employ every one of them. Even the release of Endgame‘s movie posters prompted huge discussion online and offline, with news site Rappler even writing a feature on the posters themselves.

In the Philippines, anticipation is at such an all-time high that some movie theaters are offering 24 hour viewing schedules for Avengers: Endgame. Even phone company OPPO, a favorite in the country, released an Avengers-themed variant for its midrange F11 Pro. Philippine fans have a special spot in their heart for the last two Avengers films, as Infinity War‘s ending scene was shot in the Philippines.

While it may be impossible to predict what will actually happen in the film, there’s no denying that Avengers: Endgame is going to be a hit with audiences. Fan speculation over which of their favorite heroes will survive, t-shirt selling, block screenings, and online discussion are only fueling what promises to be a cultural phenomenon for viewers. Viewers have gotten to know and love these characters over the course of over 20 films, and are anticipating their final fates in this last movie.

For more on the latest news in the Metro, check out the Trending category on Daydreaming in Paradise!

If there’s one thing Jonah De Jesus loves, it’s food. He practically grew up in the kitchen, following his mom around as she put together delicious dishes (although he was sometimes more of a hindrance than a help). Although he eventually ended up taking a Bachelor of Arts in Communications, that love for all things gastronomical followed him well into his adulthood.

When he’s not watching reruns of Parts Unknown or trying to imitate Gordon Ramsay in the kitchen, Jonah spends most of his time scouring Manila for all the newest and best places to eat. 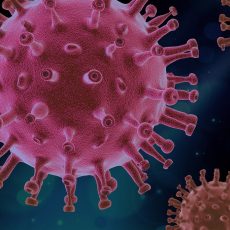 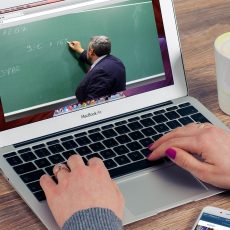 The Best Online Learning Platforms in the Philippines