Nothing has revolutionized entertainment in recent years quite as much as Netflix has. Watching television in years past involved paying expensive cable subscription fees, waiting for TV schedules, and annoying commercials interrupting your show. Netflix gives you thousands of shows and movies at the click of a mouse— without pesky commercials— for as low as Php 370.

And while streaming services have been around for a while, no site has had quite the same impact. CNN reports that Netflix is now at almost 140 million subscribers globally, with Philippine viewers part of that number after the site’s international launch in 2016. With a huge variety of available shows and movies, no wonder that  the conversation around pop culture is now so closely tied with its roster of available media. Keep yourself up to date by checking out what’s currently hot on the radar below!

This fantasy drama directed by Kim Seong-hun brings a terrifying twist that makes it so much more than your usual sageuk (Korea historical/period drama). Set in the Joseon period, Kingdom blends horror, history, and politics in a tour-de-force of drama, and has already been renewed for a second season. Follow Crown Prince Yi-Chang (Ju Ji-hoon) as he struggles to halt the progression of a mysterious plague, as well as stop a sinister coup that threatens to tear his family and home apart.

Tidying Up With Marie Kondo

While the KonMari method is already a global phenomenon thanks to the publication of organizing consultant Marie Kondo’s book in 2011, this show brings you up close and personal with her method. Each episode focuses on a different family or individual’s situation, from moving to a smaller home to dealing with the loss of a loved one. Watch as Marie guides them through organizing with empathy and understanding, and you just might be inspired to find what “sparks joy” for you, too.

Based on Gerard Way (yes, that Gerard Way) and Gabriel Bá’s comic book series of the same name, The Umbrella Academy covers a dysfunctional family of superheroes as they deal with the death of their father and an impending apocalypse. The ensemble cast includes Ellen Page, Mary J. Blige, and Robert Sheehan. Praised for its cast and visuals, this show brings to life a superhero story unlike any other that’ll keep you on the edge of your seat.

Sex Education is a British comedy-drama that brings the topic of— of course— sex education to the forefront in a sometimes serious, often funny, and always heartwarming way. Starring Asa Butterfield, Gillian Anderson, and Emma Mackey, this show follows a pair of social outcasts as they set up a sex advice business among their peers. Praised for its humor and honesty, this show has already been renewed for a second season, so make sure you catch up.

Conversations with a Killer: The Ted Bundy Tapes

Thirty years after the execution of Ted Bundy, one of America’s most notorious serial killers, this documentary series attempts to understand what made such a prolific killer tick. Using archival footage of interviews with Bundy and the families of his victims, Berlinger explores his motivations and attempts to piece together a picture of the man who killed over thirty women. Not always the easiest watch, make sure you have another show lined up to de-stress afterwards.

For more on the latest in entertainment, [check out the rest of the posts on Daydreaming in Paradise].

The Practice of Hilot — Then and Now 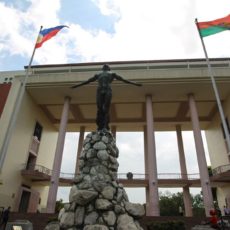 The Best Universities in the Philippines 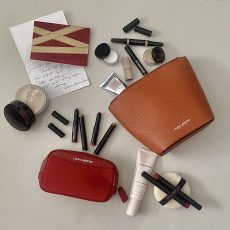