With over 36,000 kilometers of coastline and thousands of beaches spread over the archipelago, the Philippines has rightly gained a reputation as a beach lover’s paradise. The balmy, tropical weather, plethora of white sand beaches, and beautiful waters of the Pacific make it an island destination unlike any other. It’s no surprise, then, why tourism made up 12.7% of the Philippines’ GDP in 2020.

And if you’re looking for a bit more variety, there’s something out there for everyone. For example, we’ve previously written about the ’10 Best Surfing Sites in the Philippines’, including internationally renowned surf spot Siargao. The country is also home to awe-inspiring sights like the black sand beaches of Albay and the karst towers of Northern Palawan.

However, if there’s one place that comes to mind when you talk about idyllic vacation spots in the Philippines, it’s Boracay Island. A cornerstone of Philippine tourism, Panay News reported a whopping 2 million tourists visited the island in 2019 alone. Its pristine waters, fine white sand, and lively nightlife have made it the premiere beach destination in the country. But how is it holding up in the age of COVID-19?

The Beginnings of the Best Island in the World

A small island spanning 7 kilometers in length and 1 kilometer across, Boracay is a mere speck on the map. A closer look, however, reveals a lush tropical landscape that has captured the imaginations of travelers from all over the world.

Originally an agricultural island home to coconut plantations, overfishing and copra price decline in the 1980s led to a search for alternative sources of income. Tourists began visiting Boracay as early as the 1970s, helped partly by its use as a filming location in a few movies. It soon gained popularity as a budget vacation destination, especially among backpackers.

By the 1990s, Boracay was in the midst of a tourist boom, with its beaches gaining the reputation of best in the world. Tourist numbers soon dropped, however, due to poor sewage and the presence of coliform bacteria in the island’s waters. This led to a clean-up effort by the local and national government as well as the installation of a water supply system, sewage treatment plant, and solid waste disposal system.

Despite new infrastructure, however, the island was still beset by problems. Due to noncompliance of businesses, environmental violations, and the growing number of tourists, Philippine President Rodrigo Duterte ordered a temporary closure of Boracay in February 2018. The closure went into effect on April 26, 2018, and Boracay was later reopened on October 26 of that year.

While many saw the necessity behind the closure, it did have its ill effects. Oxford Business Group reports that around 30,000 workers lost their jobs in both the formal and informal sectors. Many critics also pointed out the number of mainland Chinese-owned businesses that were established soon after reopening.

Boracay’s reopening led to a host of changes in the island’s tourism infrastructure. We discuss a few of these changes in our article ’10 Changes We Should Expect When Boracay Reopens on October 26, 2018′, such as ongoing construction and the daily visitor cap. New rules on the presence of food and drink on the beachfront and anti-smoking regulations were also implemented, with the aim of reducing environmental damage in the area.

Boracay During the COVID-19 Pandemic

Thanks to the spread of the COVID-19 pandemic in early 2020 and the institution of community quarantines all over the country, many industries in the Philippines ground to a halt. Chief among those was the tourist industry, which saw a huge drop after the restriction of both local and international travel. You can read about it in more depth in our article on COVID-19’s impact on the Philippine tourist industry.

As restrictions all over the country were slowly lifted, the Department of Tourism and industry stakeholders began plotting out what tourism would look like in a post-COVID-19 world. This included an increased focus on eco-tourism, which would have a comparatively lower risk of infection for tourists. Local tourism is also predicted to play a huge role in the recovery of the tourism industry.

A growing focus on local tourism doesn’t mean that international tourism is an impossibility, however. In terms of international visitors, the Department of Tourism is looking at establishing travel bubbles that allow tourist entry from countries that have the pandemic under control. In order for these travel bubbles to work, however, medical and testing facilities need to be established in local tourist sites, as well as contact tracing teams.

In this case, Boracay is leading the charge. Governer of Aklan Florencio Miraflores recently declared the possibility of Boracay opening by October, thanks in part to the completion of the island’s COVID-19 testing laboratory. Boracay is eyeing the initial return of tourists through establishing a travel bubble with South Korea, then gradually opening to other countries.

The Boracay Inter-Agency Task Force has also proposed a list of protocols to follow during the island’s reopening. This included discount rates of up to 75%, regular health checks and ‘daily symptomatic tests’ on workers, and testing of tourists. As of August 13, 164 establishments for accommodations have been given the authority to operate, making for a total of around 3,400 available rooms.

While the local government of Boracay seems eager to establish a new normal, many are skeptical of the timeline presented. The country has logged over 164,000 COVID-19 cases as of August 17, with no signs of the pandemic slowing down. Still, with Boracay serving as the crown jewel of Philippine tourism, it isn’t unlikely to expect it to be a test case for the new normal in the months to come.

Ready to explore Boracay? Check out our article on the top 10 restaurants in Boracay here, or explore other Philippine tourist destinations.

Where to Eat in Cebu 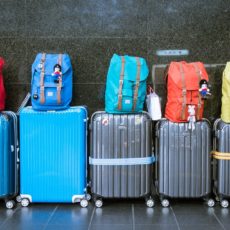 5 Packing Hacks for the Traveler on a Budget