Fortune Magazine reports that nine out of ten startups fail, and this is a truly staggering number.  One of the main reasons why some startups don’t work out is because their concept just isn’t something that has a target market. But suppose you have an excellent idea and a market— how else do you ensure that you’re not doomed for failure?

NPR says that the tech industry has seen young startup companies growing into multi-billion investments within the last few decades. Successful startups like Uber, Spotify, and Airbnb are aptly nicknamed as “unicorns”, companies that are about as difficult to find as the mythical beast.

Techcrunch reports that companies all across the globe are looking for the next best startup to invest a good few million dollars in. In a fast-paced industry, startups adapt different business systems in order to get themselves up and running. This is where networking comes in.

The Art of Successful Networking

Many of us might think that networking just means talking to people integral for your business, but to do that efficiently and successfully needs strategy and confidence. It’s important to remember that any connection is a valuable one.

The Balance defines networking as simply extending your connections with people to make relationships founded on providing assistance and support to each other’s businesses, careers, or passions. The most important lesson to learn here is that networking is not just about selling your business, but also reaching out to other people and being able to project what you can do for them, too.

There are plenty of opportunities out there which allow you to mingle with people who work in the same field as you, so be on the lookout for startup conferences that you can attend. Just last February was the 2019 Startup Grind Global Conference in California, where entrepreneurs, investors, and other professionals got a chance to broaden their networks and meet other people in the startup scene.

Before entering a networking event, it’s best to prepare a brief but substantial elevator pitch to keep people interested. Important for any entrepreneur, Alison Doyle describes an elevator pitch as an approximately 30-60 second brief on your career and business ventures. It gives you the hypothetical scenario of being in an elevator with a potential business connection — how would you describe you and the benefits you can give to someone before you get to your floor?

It is important to prepare a rough outline of your elevator pitch and keep it in mind in order for you to not miss any important details that could potentially pique their interest. Make sure to mention the main details like your name, your business, before immediately going into what your business covers and other details. According to a rough guide from the British Library’s Business and IP Center, after around 10-20 seconds, it would be wise to start on what you can offer. Make sure to give insights on how you can help the other party in their career, business, or field.

Of course, every elevator pitch outline needs confidence in order for it to be effective. It’s important to bring your A-game to the table, and to remember to be sincere and enthusiastic.

Equipping the Startup with Networking Skills

Startups can benefit from a networking strategy that allows them to pick the best candidates possible to make sure their enterprise gets up and running. For one, Business Buzz says networking allows you to meet ambitious people with the same interests who could be a great addition to your team, providing you with the necessary connections that you never thought you needed.

In order to successfully use networking to build a startup, it is important to know that you are not simply pitching your concept to someone and moving on to the next person if they show disinterest. According to Entrepreneur, the goal is to build networks and not simply catch and release. The beauty of networking is that anyone you could have a connection with opens up to a new broader network of people.

In networking, it’s important to remember that not only are you selling your concept, but yourself as well. This way, people will know that not only is the concept behind the startup interesting and sound, but that it’s also headed by a driven individual with leadership qualities they can depend on.

The name of the game in startups is adaptability. While the company is growing, it is vital for roles to be distinguished in order for things to run smoothly. Although roles are expected to be more fluid when it comes to structure in a startup, it’s still important to know which tasks to assign to whom. As a startup grows, it is of course vital to establish teams that can address the company’s specific needs. But when you’re just starting out in the industry, Tech Republic says your first hires are mainly what makes or breaks your startup’s success.

Common personality types you should know when networking

It can be a daunting task to know exactly which individuals to have on your team to get your startup running efficiently and growing fast. An ancient Greek philosophy called the “four temperaments” has been utilized by plenty of workspaces in order to determine each individual’s strengths and weaknesses and put them where they can function at max capacity.

The New York Times states that the four temperaments— sanguine, phlegmatic, choleric, and melancholic— describe ways in which a person reacts to an event or outside stimulus.

Cleverism says that individuals who are sanguine are enthusiastic and actively social. In a workspace, sanguine people may show enthusiasm towards new ideas, but they also tend to multitask to a fault and have too many plans without any coming to fruition. When dealing with sanguines, it is important to keep them on track by breaking big projects down into tiny tasks and acknowledging their progress.

Melancholic individuals, on the other hand, are deeply analytical, and can be quite introverted and quiet. Because of their analytical nature, they are prone to overthink and spend too much time on a topic before moving forward, striving for perfection to a fault. When working with melancholics, it is important not to overwhelm them with the amount of projects they have, but set necessary deadlines and give them a time limit.

Choleric individuals are fast workers, but can get quite stubborn and frustrated when things don’t go their way. They can be workaholics, which is great, but this can lead to burnout and a lack of teamwork. Although it might be difficult at first, it is necessary to let a choleric know that they can trust their coworkers. This way, they can also share their headstrong and driven nature without being overloaded with the amount of work they feel like they need to do.

Phlegmatics are easygoing, relaxed, and peaceful people. At work, they can get delayed quite a lot, as they tend to lose interest or motivation quickly. Their feathers don’t get ruffled easily and they can be a source of comfort in times of stress. But in a space where they have no accountability or team support, they can leave a pile of unfinished work at their desk. In order to fulfill their potential, it’s better to put phlegmatics in a team that supports them and keeps them going.

If you’re looking for other tips on how to make your business flourish, take a look at our post on 10 Reasons Why You Need Self-Awareness in Business. 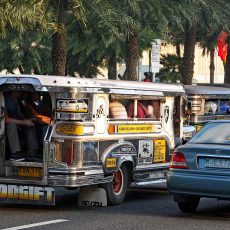 COVID-19 and Transportation in the Philippines 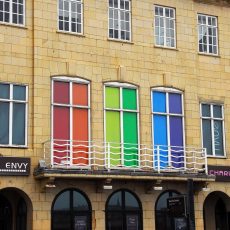 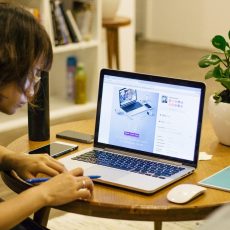